Reuters published an article last week on the “evils” of brokered deposits. And now my gloves are off!

The perceived problem with brokered deposits is that they are more volatile than a bank’s “core” deposits. This may have been true in the Stone Age when we didn’t have newspapers and the internet, but it simply IS NOT TRUE in 2008. In a matter of hours, a bank through the internet can take in Millions of dollars. Just look at the recent onslaught of funds that AARP helped Huntington National Bank raise or how about Countrywide Bank? Those internet funds are as volatile (and “expensive” I might add) as any brokered deposit.

There is also another class of deposits that most people outside of the banking industry probably don’t even know about. They arrive from a rate listing service. Rate listing services actually have a specific exemption from being considered deposit brokers because they don’t “facilitate” the placement of the deposit. They just provide rates and the investment manager makes the decision as to which institution to place the deposit. (Don’t even get me started on this one). Again, a bank can list CD rates on these services and within hours raise Millions of dollars. Millions of dollars that are just as volatile as any brokered deposit.

The article written by John Poirier also uses scare tactics and a nice salting of misinformation to give the impression that brokered deposits are evil. Almost every paragraph could be rebutted. But then this post would be 10 pages long.

Next the article states that brokered deposits have “fueled a spate of recent bank failures.” First, there have only been four failures this year. I wouldn’t classify that as a spate. Second, of the four banks, only ANB had a large amount of brokered deposits. Douglas NB had about 3.2% of their deposits listed as brokered and First Integrity had about 4%. Banks that do take brokered deposits usually limit them to no more than 10%.

One of the few partially true statements is “Brokered deposits also usually offer higher rates than other bank products such as certificates of deposits…” The true part is often the rates are higher. However, as I stated above, they may be no higher than many internet specials. This author shows just how little time he took with his research. 99% of brokered deposits are certificates of deposits.

Are brokered deposits really more expensive though? If a bank that has $1 Billion deposits needs $5 Million dollars they can make a private offering to brokers without alerting their entire deposit base of these higher rates. So would you rather pay a higher rate on $5MM or $1BB? Moreover, brokered deposits tend to be in higher denominations which means much, much less paperwork and handling for the bank. They also tend to be from other financial institutions. This means the patriot act doesn’t apply and the bank doesn’t have to worry about OFAC violations. In the long run, brokered deposits cost the bank less. Finally, although a single deposit may be more volatile, the broker is usually able to replace any deposits that close and thus, brokered deposits become a stable funding source. They are certainly more stable than high-yielding savings accounts being offered across the internet that can be withdrawn at anytime.

The author goes on to infer that ANB was a small Arkansas bank. He makes it seem like the evil brokers took advantage of a small little bank. ANB Financial at the time of closing was over $2BB in assets. Most banks do not have over a billion dollars in assets. ANB was a large bank. The management of this bank did not have the wool pooled over their eyes. The brokers didn’t come to them as wolves in sheep’s clothing.

He states that the FDIC picked up the $214 million tab when ANB was taken over. Pulaski took over a large part of the deposits. As the closure process hasn’t been completed and ANB’s assets sold off, there is no way to know how much it will actually cost. But if you want to talk about cost, how about the Bear Stearns bailout or the billions and billions of dollars the Fed has pumped into the system. How much is that costing and how much of that are the banks using to continue their mismanagement practices.

Deposits from any source other than the local area should have more scrutiny, if any additional scrutiny is going to be placed. If a bank’s insurance premiums are increased for accepting brokered-deposits, the practice of utilizing rate listing services and offering internet specials will increase, thus skirting the intent of the original regulations (which is to make banks keep a watchful eye on their non-core deposits).

If you’ve gotten through all of above, who is really going to pay for higher oversight and or the higher premiums that have been suggested? You the saver. You the saver are the one that will pay with lower rates. You have already been hit hard with the Fed lowering rates over 3%. The FDIC should scrutinize the entire banking operation, including all sources of deposits and lending practices. The fact is in 2008, all deposits are volatile.

One funny side note. I looked at the deposit breakdown on ANB. And I discovered why they failed. As of 3/31, the FDIC reported that they had about $1.8BB in deposits. Of that, about $1.7BB was listed as core and about $1.5BB was listed as brokered. A deposit can’t both be core and brokered. I think ANB failed because they simply couldn’t add 1+1. :O). 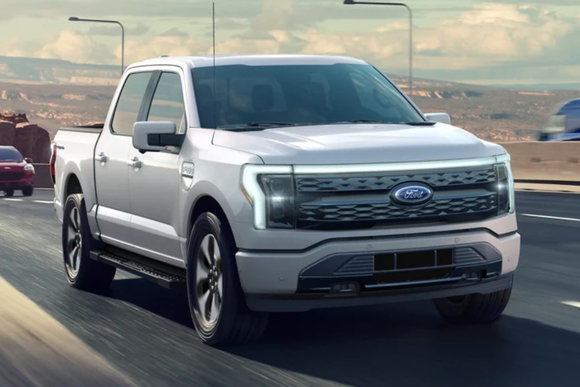